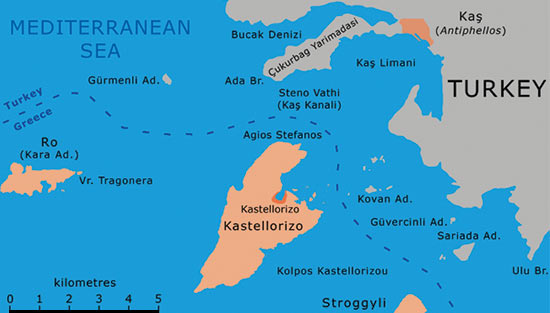 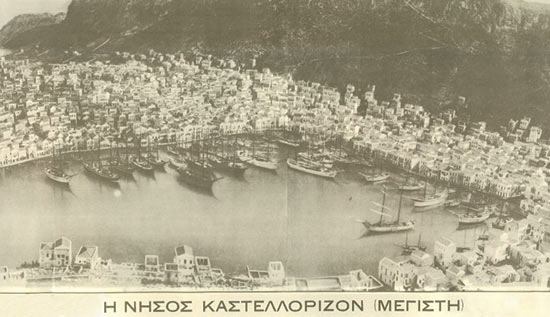 History of Our Island

In ancient times, the island was called Megisti after its founder, a Cretan Prince called Megisteas. Its present name – Kastellorizo was given by the medieval Crusaders and was inspired by the red rocks on which the Knights’ Castle, Castel Rosso, was built.

The island came under Turkish rule in 1522. Kastellorizo was occupied by the French during the First World War. The island was ceded to Italy in 1921. When the Italians surrendered to the allies in 1943, the British ruled the island until 1944 when the Germans took control. After the war, the British military forces reigned on the island. Kastellorizo was returned to Greece in 1948. 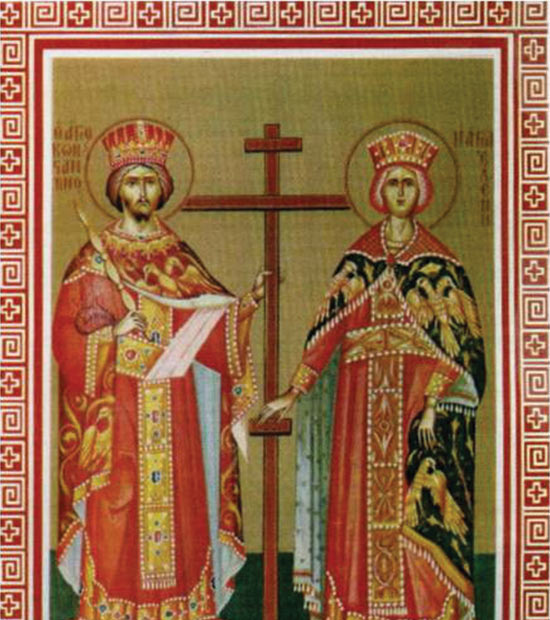 Saint Constantine was born in the year 273A.D. He was the son of Constantius Chlorus, Ruler of Gaul, and Saint Helene, a deeply religious woman. Saint Constantine became an army officer and won many battles. Much later he became sole ruler of the Roman Empire. He showed great tolerance for Christianity, primarily because of his mother, Saint Helene, and because he had seen the Sign of the Cross in the sky prior to his battle with Maxentius.

Saint Helene at the age of eighty, made a pilgrimage to the Holy Land. Her mission was to discover the cross on which Christ was crucified. She had seen the place where she would find the cross in her dreams. Tradition claims that on her way to the Holy Land, she sought shelter from the heavy seas and storms on Kastellorizo. To thank the Lord for protecting her, Saint Helene built the original church where the church of Saint Constantine and Saint Helene now stands. Later, to honour her visit, a gold coin was minted, showing Saint Constantine and Saint Helene holding the cross. Many of these coins are still in circulation all over the world.

The feast day of Saint Constantine and Saint Helene is celebrated on 21 May.

Congratulations to everyone who celebrates their Name Day on this day.

In the past, weddings on Kastellorizo were arranged by older relatives of the bride and groom (apokrousiarithes). They arranged the formal meeting between the two families. The groom with his family, the match makers and musicians (violinists) went to the nifi’s family house to ask the father for permission to marry his daughter.  The groom would take flowers for the girl and sweets for her mother. If both families were happy, then they gave logos – a guarantee for the marriage between the groom and bride. After this time, both families met at the nifi’s family house to discuss the dowry (fountas) of both families.

The Wedding was celebrated on a Sunday, in the church of Agios Konstantinos and Eleni. However, many rituals took place before the Wedding ceremony. On the Wednesday before the wedding, they made the bride’s Kouloures – round bread with a hole in the centre. This bread was then distributed to the guests at the Savatovratho and neighbouring homes. Also on that day, the family opened the kassela and displayed the nifi’s prika (dowry). Guests were invited to admire the prika and join in the singing of traditional Kastellorizian songs.

In the early hours of Friday morning, children collected herbs (votania) from the mountains and placed them in a clean white sheet. The votania were then taken to the church to be blessed. Also on this day, single girls prepared the bridal bed with new sheets and pillow cases. Relatives and friends then threw gold coins and votania on the bridal bed. Also, a small baby was placed on the bed. This was for the “good luck” of the wedding. Early Saturday evening, the votania were used to wash the bride’s hair.

At the Savatovratho, traditional songs were sung for the bride and groom. During the evening festivities, the wedding outfits of both the bride and groom were smoked with incense from the votania. Then, everyone was served ‘tis nifis to pilafi’ (the rice dish prepared by the bride).

On the Wedding day, relatives helped to dress the bride. Then, the groom with his family went to the nifi’s house. Both families set on foot to the church, singing traditional Kastellorizian songs. After the Wedding ceremony, everyone went to the bride’s house for the celebrations. Relatives usually gave gold pieces of jewellery for wedding gifts. 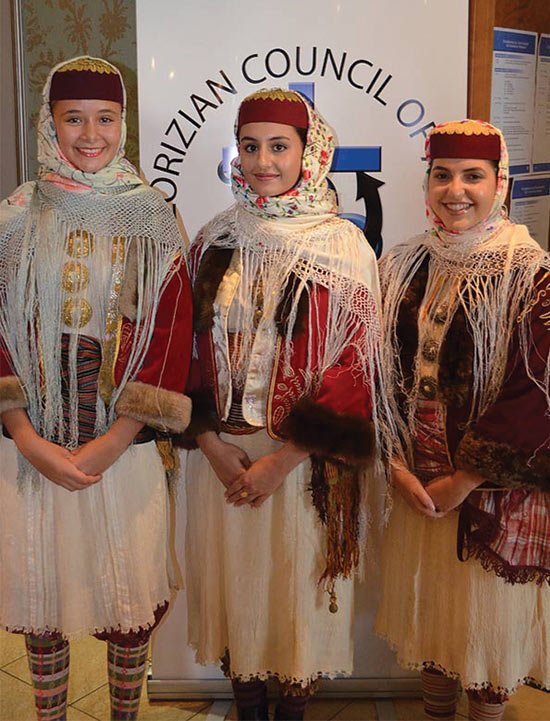 The Kastellorizian Costume is of Byzantine origin. This impressive costume is a Bridal Dress that was worn all year round.

Kastellorizian men and women were always beautifully dressed. Their homes reflected their wealth – well presented with ornate and magnificent pieces. The people of Kastellorizo were brilliant merchants and the island was well known for its prosperity.